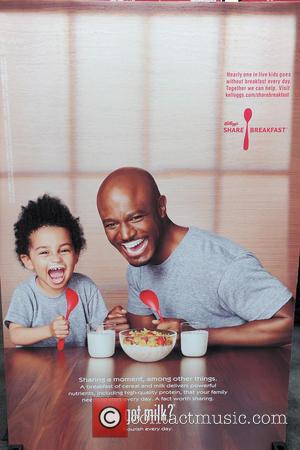 Taye Diggs and his wife Idina Menzel have boosted security at their Los Angeles home after the actor chased an intruder down on the night of the Screen Actors Guild Awards in January (13).

The couple found Hassan Omar Juma in their Studio City home when they returned from the awards ceremony and Diggs pinned him down until police arrived.

Juma has since pleaded not guilty to one felony count of first-degree burglary with a person present.

Speaking about the incident for the first time, Diggs tells U.S. news show Access Hollywood Live, "He started to come in and then he left and then I chased him. It was nowhere near as sexy or cool as it seemed.

"Everybody's safe... My kid and my wife were in the house; I probably would not do it (chase an intruder) again, but everybody's cool."

And Diggs admits he and his wife have learned from the drama: "The doors were unlocked, so we learned our lesson about that... (and) we got a crazy security system, we've got 18 dogs."