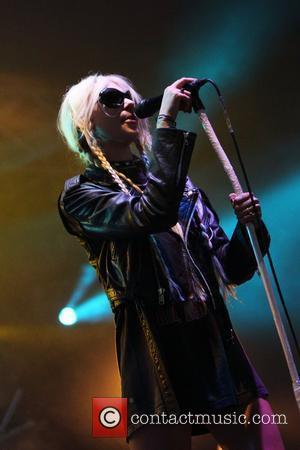 Taylor Momsen's 18th birthday was extra special - the teen star's band The Pretty Reckless announced plans to tour with her idols Evanescence.
The singer/actress reached the milestone on Tuesday (26Jul11) and she celebrated her day by revealing a big secret to her fans.
In a series of posts on her Twitter.com page, she writes, "Lots of bday announcements...#1. One of my first concerts, now we're touring with Evanescence... Presale July 28th! #2 We'll be playing in Korea, Japan, China and Australia before Evanescence... starting with Lollapalooza in Chicago Aug 6th. #3...in the studio working on new tracks."