Actress Taylor Schilling Had To Halt Filming On The Latest Season Of Orange Is The New Black After Injuring Herself During A Steamy Lesbian Sex Scene. 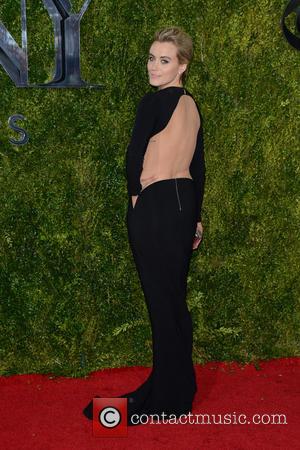 The star, who plays jailed drug runner Piper Chapman on the hit female prison drama, reveals she accidentally scratched her face and drew blood while shooting season three, prompting set bosses to temporarily shut down production so she could receive medical help.

She tells U.S. talk show host Seth Meyers, "I hurt myself. I got very excited, I took my shirt off, and I scratched myself with my little name tag. There was a gash on my face, there was blood."

In the hit show, Schilling's character has an ongoing torrid romance with a fellow inmate, played by Laura Prepon.