Did Michael J. Fox Really Have To Apologize To Taylor Swift? 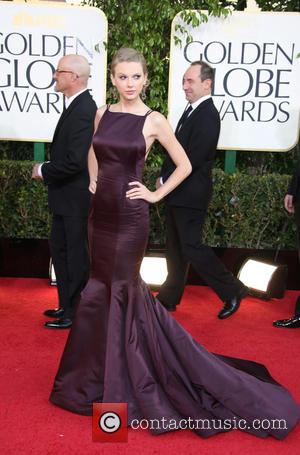 It appears Michael J. Fox has apologized to country-pop sensation Taylor Swift, after he made disparaging remarks about her at the Golden Globes. We say disparaging...what we really mean, is...a little harsh, but not really.

It all started when co-host Tina Fey warned Swift to "stay away from Michael J. Fox's son," adding, "She needs some 'me time' to learn about herself." Backstage, the New York magazine's Vulture blog caught up with the legendary actor and asked him if he would approve of a romance between Swift, 23, and his son Sam, 23. "No. No...Just back off. I don't keep up with it all. But Taylor Swift writes songs about everybody she goes out with, right? What a way to build a career." Fox admitted that he wouldn't recognize Swift if she ever showed up to a family dinner, though would put two-and-two together if she released a song about her son. "Sam, You Piece of [Expletive]. Oh...that was the girl you brought home!" he joked.

Swift - who has dated John Mayer, Jake Gyllenhaal, Taylor Lautner, Joe Jonas, Conor Kennedy and Harry Styles - was not best pleased with the remarks, while her Twitter followers were incensed. The singer took to Twitter on Friday (January 18, 2013) to say, "Hey everybody, Michael J. Fox got in touch with me today and we are good. Thank you for having my back."