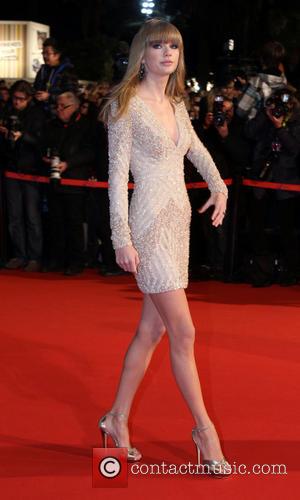 HoaxSlayer noticed it on the site, as users were being sent a message with a link that is said to lead to the video. "Taylor's publicists are trying to take down all of the websites hosting it, but we found a working one! Watch the video before it's taken down!" the message says.

"[It] claims that Taylor Swift's iPhone was hacked and the sex tape was subsequently taken from the hacked phone and leaked onto the Internet," HoaxSlayer note. Users are asked to 'take part in surveys' to access the video, but of course the video never materialises. Because it doesn't exist.

How can you protect yourself from such scams? Firstly, always be wary of any unknown websites or users that ask for your details. Secondly, keep your passwords fairly complex and use different ones for different sites/emails. Thirdly, make sure your computer, laptop, tablet or phone is set up with anti-virus software. There are plenty of free ones available, but purchasing one is even safer. Finally, and this is the most effective of all, don't try so very hard to see Taylor Swift in a sex tape.