Taylor Swift and Calvin Harris have reportedly been in regular contact since last month's BRIT Awards and are said to have an ''undeniable connection'' between them. 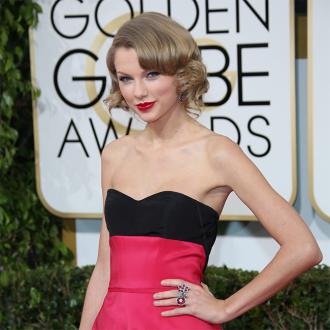 Taylor Swift and Calvin Harris have an ''undeniable connection''.

The 'Blank Space' singer was seen flirting with the Scottish DJ - who recently split from girlfriend Aarika Wolf - at last month's BRIT Awards and they have reportedly been in regular contact since then and were inseparable when the 25-year-old star visited Las Vegas, where Calvin has a residency, last week.

A source said: ''Taylor and Calvin are into each other in a big way. It's early days but there's an undeniable connection between them and they've been texting pretty much every day.

''They had a lot of fun in Las Vegas and she especially enjoyed hanging out after the show.

''Taylor has told friends she can't get him out of her head. Everyone thinks this could have serious potential.''

It is believed Taylor - who previously dated Harry Styles, and Conor Kennedy and was linked to singers Tom Odell and Matt Healy - and Calvin were introduced by mutual friends Ellie Goulding and Haim and all of Taylor's pals are hoping the romance works out.

The source added to Grazia magazine: ''They have so much in common. Her friends totally approve, which is a plus

''What's more, everyone knows she has a soft spot for British men. The fact Calvin is so well-mannered and creative is a bonus too.''