Taylor Swift and Harry Styles Are Very Getting Serious Indeed 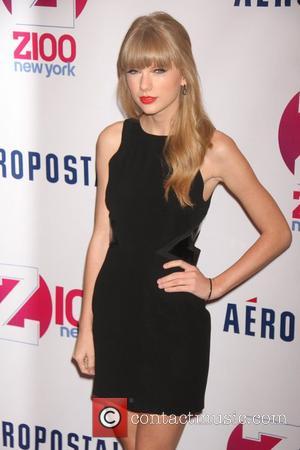 Taylor Swift is getting more and more smitten with One Direction’s Harry Styles everyday, and the word on the grapevine is, the feeling is entirely mutual.

Swift has apparently been telling friends that she is is really falling for the boy band member, and even used the L word once or twice whilst talking about him. According to Heat, Swift has just returned home from Britain after spending a romantic few days with Styles in Cheshire, and once she met up with her friends she apparently started gushing with soppy, loved up tidbits about their blossoming love life.

According to the magazine, Swift is quoted as saying “It's crazy. He's fantastic. I love him. He just puts you at ease. He's the embodiment of youthful energy. It's really inspiring. He's opening my mind to so many thoughts. Our relationship doesn't feel like a weight.”

The good news for Swift is that the notorious womaniser Styles may be ready to put his wild past behind him, and it's all down to Swift. BBC Radio 1 DJ and good friend of Styles Nick Grimshaw has revealed that Styles is falling for Swift in a big way, and things will only keep getting more serious with the passing days. He told The Mirror that the pair are inseparable at the moment, and it looks as though things couldn't go much better - for now, anyway.

He told the paper: "At first I wasn't sure if the relationship was a real one but I talk to him a lot and it seems to be that she's the one - for now, anyway."

It may be premature, but do we hear wedding bells in the distance?