Taylor Swift can't stop crying over Harry Styles, who she split from earlier this month, and is 'a complete mess' because she fears her dramatic personal life is affecting her professional reputation 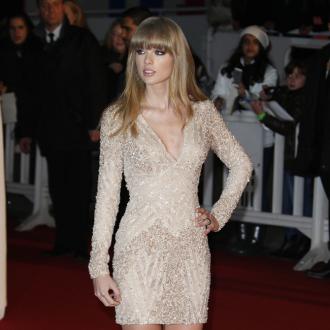 Taylor Swift is ''a complete mess'' since breaking up with Harry Styles.

The 'I Knew You Were Trouble' singer - who split from the One Direction star after they had a huge argument while on holiday in the British Virgin Islands late last month - has been trying to put on a brave face but is still extremely upset and ''has been crying nonstop''.

A source close to the 23-year-old singer told Star magazine: ''She can't snap out of it. Taylor is putting on a brave face to the public, but she is a complete mess. Taylor has been crying nonstop.''

The country music star was also allegedly devastated after being dissed by Tina Fey at the Golden Globe Awards on January 13, who made a joke out of her love life and told her to stay away from Michael J. Fox's son Sam, 23.

The source said: ''Taylor thought Tina's taunt was a low blow, and she bawled herself to sleep that night.

''That's when it hit her that she has such a horrible reputation, it could affect her professionally.

''It breaks her heart to be made fun of so publicly, especially because her fans are starting to join in on the backlash. But she's putting herself in this position by dating so many high-profile guys and writing about them afterward.''

Taylor - who has previously dated Conor Kennedy, Taylor Lautner, Jake Gyllenhaal and John Mayer - made a point of avoiding Harry at the NRJ Awards in Cannes, France on Saturday night (26.01.13) by delaying her arrival by 25 minutes to avoid an awkward run-in.

A source said: ''It was very carefully timed so they didn't do the carpet at the same time.

''Taylor didn't do any backstage interviews and didn't use a dressing room - she changed at the hotel because she didn't want to see Harry at any point. ...Things were timed to keep them apart and for it to not become a big media circus.''