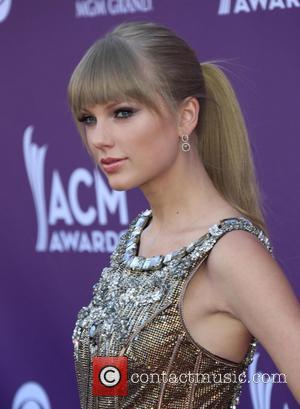 Taylor Swift had fans and critics baffled when she made the comment that she doesn’t normally go for guys in the entertainment industry.

Say what? That seems a bit puzzling, considering that Taytay has been giving gossip websites a stable supply of material in the past couple of years, from dating Jake Gyllenhall a few years back, through to John Mayer and her most recent fling with One Direction’s resident Don Juan, Harry Styles. Not to mention the fact that, after dating them, Swift has developed a habit of immortalizing the relationships in songs – usually ones that end up near the top of the Billboard chart. It must be hard to have your ex write a song about you and then have that song outsell your own. Ask Harry, or John or, well, most of them, really.

Still, the “22” singer insists that she isn’t usually the one to initiate contact, it’s actually the guys that do the chasing. “It's not like I go for people in the entertainment industry,” she told The Times magazine. “Those have been the types that have gone for me recently.” And, well, looking at the 23-year-old songstress’s track record so far, we can’t help but admit, she’s probably quite a catch – even with the possibility of having a scornful chart-topper written about you, if it all falls apart. Those are still some great life choices you’ve got there, Ms Swift. Taylor might not go for guys in entertainment, but they sure flock to her.