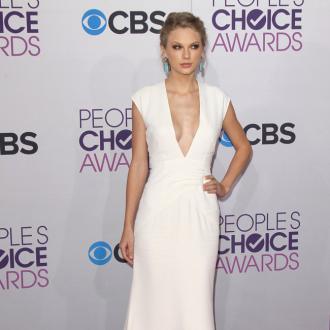 Taylor Swift has reportedly got a breast enlargement.

The 'I Knew You Were Trouble' star - who was reportedly rejected by 'Silver Linings Playbook' actor Bradley Cooper when she got Jennifer Lawrence to ask him out for her on Sunday (13.01.13) - has sparked rumours she underwent a breast enlargement after showing off a noticeably fuller cleavage recently, including at the People's Choice Awards last week.

Dr. Michael Fiorillo told InTouch magazine that he believes the 23-year-old country singer boosted her breast size slightly and went from an A cup to a B.

Reports she went under the knife come just days after the singer - who split from One Direction star Harry Styles earlier this month - reportedly begged to be set up with her 38-year-old Bradley Cooper at a Golden Globe Awards party on Sunday (13.01.13) but he wasn't interested.

A source previously said: ''Bradley has absolutely no intention of getting together with Taylor.

''First of all, her reputation precedes her. Bradley is very wary of dating someone who is a bit of a serial dater like Taylor.

''He thinks she's far too young for him and wants to date someone his own age, not 16-years younger because he's ready for something serious. It was a little awkward for Bradley. Jennifer came to him and told him that Taylor was interested in getting together. He had to politely decline, knowing full well that Jennifer and Taylor are friends.

''It was an ambitious move from Taylor, but she's going to have fixate on someone else as Bradley's just not that into her.''