Taylor Swift has revealed she often threads ''ironic'' rap lyrics into cross-stitches and then sends them to her friends as presents. 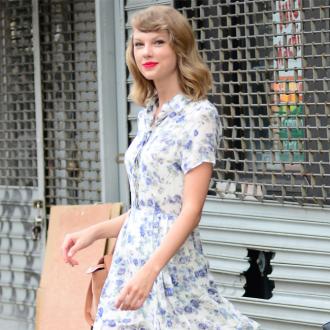 Taylor Swift loves to do cross-stitches of ''ironic'' rap lyrics and gift them to her friends.

The 24-year-old singer - whose pals include Lorde, Lena Dunham and Karlie Kloss - admits she has learned a lot in the past two years of her life, such as how to master the art of thread embroidery, but also that she can be just as in love with her pals as she could with a boyfriend.

''At 24 I decided that my life is enough for me, and I stopped looking for some other piece to complete it.

''I also learned how to needlepoint ironic cross-stitches of rap lyrics and gave them to my friends as presents.''

As well as giving her friends physical presents, the 'Blank Space' hitmaker loves to send them an emoji symbol of Santa Claus on a regular basis, even when the festive period is not near, because she insists Father Christmas is ''always watching''.

When asked what her most frequently used emoji tab is, she told BuzzFeed: ''The thumbs-up, the wide-eyed surprised-face emoji, and I think it's pretty important to send a random Santa emoji to people without any explanation at all. Because he's always watching.''