Taylor Swift has landed the role as an advisor on the upcoming seventh season of 'The Voice' USA. 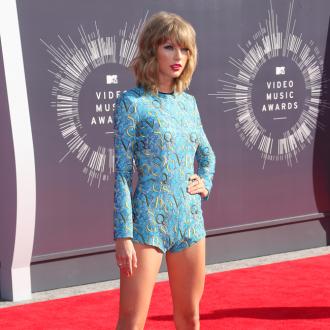 Taylor Swift has joined 'The Voice' USA as an advisor.

The 'Shake it Off' singer, 24, will work alongside Adam Levine, Gwen Stefani, Pharrell Williams and Blake Shelton to offer support and advice to contestants in the upcoming seventh season of the NBC show.

A source told Us Weekly of Taylor's help during the first stage of the competition: ''Taylor was an absolute pleasure to work with. She had great feedback for all the contestants. She made for an amazing mentor.''

Meanwhile, Taylor, who performed on the fourth season of the programme, will join already announced mentors Stevie Nicks, who will work with Adam, Gavin Rossdale, who will help his wife Gwen, Little Big Town, who will work alongside Blake, and Alicia Keys, who was chosen by Pharrell to help him and his team.

Gwen, 44, previously said her spouse - with whom she has sons Kingston, eight, Zuma, five, and six-month-old Apollo - has already settled in to his new job.

She said two months ago: ''He is super articulate and he has a really good opinion and he is smart and he's been doing a really good job.''

Meanwhile, the next season of 'The Voice' USA is set to hit screens on September 22, just one month before Taylor will release her fifth studio album '1989.'