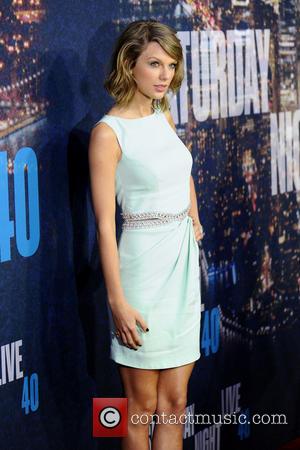 Taylor Swift has added another award to her trophy cabinet after she was named the Global Recording Artist of the Year by bosses at international trade group Ifpi.

The Shake It Off hitmaker was chosen as the recipient of the industry honour in recognition of the success of her 1989 album, which has sold over 8.6 million units worldwide since its release in October (14).

The annual accolade celebrates the artist with the most physical sales, downloads and streaming figures worldwide.

Ifpi chief Frances Moore says, "Congratulations to Taylor Swift. She merits this result as she is a hardworking and talented performer who has an amazing ability to connect with audiences worldwide. This Ifpi award reflects the global popularity of recording artists across the diverse ways in which fans choose to listen to music today."

The superstar beat 2013 winners One Direction to the prize - they ranked second on Ifpi's list, followed by Swift's pal Ed Sheeran at three.

Coldplay and AC DC round out the top five.