Taylor Swift has topped this year's Pop Powerlist for 4Music beating the likes of Ed Sheeran, Sam Smith, Rihanna and Ariana Grande to claim the title. 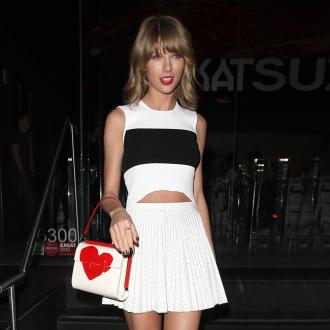 Taylor Swift has been named the most powerful person in pop.

The 25-year-old singer has beaten off competition from Ed Sheeran, Sam Smith, Rihanna and Ariana Grande to top this year's The Pop Powerlist for 4Music.

The 'Blank Space' hitmaker has taken home the title - which is decided by a panel of industry experts - thanks to her 55 million followers on Twitter, number one album '1989' and estimated £88 million fortune.

The Powerlist takes into consideration everything from critics opinions to airplay, with previous winners including Adele, Rihanna and Beyonce.

Matt Rennie, Managing Director at The Box Plus Network, said: ''The 2015 Pop Powerlist is dominated by female pop icons this year, with Beyoncé, Rihanna and Katy Perry joining Swift in the top ten.

''It's great to see British artists like Ed Sheeran and Sam Smith taking the hot spots, proving the rise in popularity of our home grown talent.''

The announcement follows Taylor's recent success at the iHeart Radio Music Awards on Sunday (29.03.15), where she took home the Artist of the Year title, Best Lyrics Award for her hit single 'Blank Space' and the Best Song gong for 'Shake It Off'.