Taylor Swift has paid tribute to her fans on the 10th anniversary of her debut album 'Taylor Swift'. 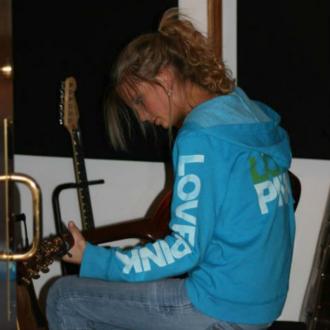 Taylor Swift has paid tribute to her fans on the 10th anniversary of her debut album 'Taylor Swift'.

The 'Bad Blood' hitmaker has taken to social media to celebrate a decade since she unveiled her first self-titled LP, and the singer songwriter has credited her fans for encouraging her to ''change and grow''.

Alongside a picture of herself sporting an electric blue hooded jumper, whilst playing the guitar, Taylor - who released the album at the age of 16 - wrote: ''10 years ago today, my first album came out.

''I couldn't be more grateful today, thinking back on how much fun we've had and how you've encouraged me to change and grow.

Speaking previously, Gigi said: ''She's obviously such a great friend, and you know she is starting to go back to work in the studio again.''

And Taylor's fellow musical pal Selena Gomez has advised her to focus her energy into music making rather than romance.

A source said: ''When Taylor told Selena about the breakup, the first thing Selena advised Taylor to do was slow down. Selena has known about the Taylor and Tom split for a while.

''Selena's advice was to take a break from men and to spend some time enjoying being single.''