'Blank Space' hitmaker Taylor Swift rejected £2 million to perform three songs at a billionaire's wedding, according to a report. 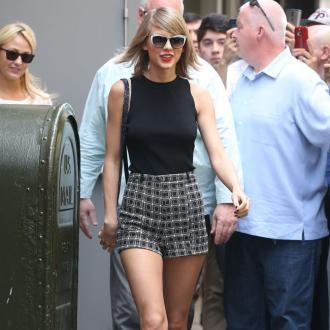 The 25-year-old singer was offered the eye-watering sum by an unnamed tycoon, but instead opted to head to the Los Angeles home of one of her closest friends, model and actress Jaime King, who was celebrating the christening of her five-week-old son Leo.

A guest explained: ''Taylor arrived with her own music backing tracks and belted out some of her biggest hits, including 'Love Story', 'I Knew You Were Trouble' and 'Red'.

''She even rocked little Leo in her arms and hummed a lullaby to him. But he started screaming almost immediately, so she sheepishly handed him back to his mom.''

The guest praised Taylor's decision to decline the lucrative offer in favour of her friend.

The visitor told the Sunday Express newspaper: ''You have to admire her for putting friendship ahead of financial considerations. She said no to a small fortune so she could bring happiness to a good friend.''

Taylor attended the celebration with her boyfriend Calvin Harris and told Jaime - who's married to Hollywood screenwriter and director Kyle Newman - ''how lucky she was to have such a wonderful family''.