Taylor Swift's 'I Knew You Were Trouble' About Harry Styles (We Analyse The Lyrics!) 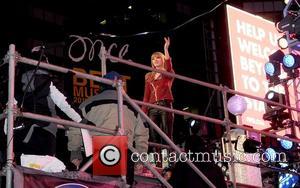 Taylor Swift's 'I Knew You Were Trouble' was written about her current boyfriend Harry Styles, it has been confirmed by Hollywood Life.com. The song was originally thought to be about one of her exes John Mayer or Jake Gyllenhaal, but it turns out the One Direction heartthrob is actually the subject!

A source privy to the song-writing process said, "The song 'Trouble' is definitely about Harry. Taylor told Harry it's about him. She references flying around America following One Direction's tour in the song." After assessing the lyrics, it's certainly plausible that the song is about Harry, with one line "when you saw me dancing" possibly referring to when Swift danced in the audience to One Direction at the Kid's Choice Awards in March 2012. "Flew me to places I'd never been," could refer to when Styles allegedly paid for the country star to jet in and watch him in concert.

Other lines in the track appear to hint at someone other than Styles, for example, "A new notch in your belt is all I'll ever be, And now I see, now I see, now I see, He was long gone when he met me, And I realize the joke is on me, hey." It suggests acrimony, a split or a broken heart - something not associated with the couple's relationship. Not yet anyway.

Watch the video for I Knew You Were Trouble: