Taylor Swift to duet with McGraw

Taylor Swift is teaming up with Tim Mcgraw and Keith Urban for a performance of 'Highway Don't Care' at the Academy of Country Music (ACM) Awards on Sunday (07.04.13). 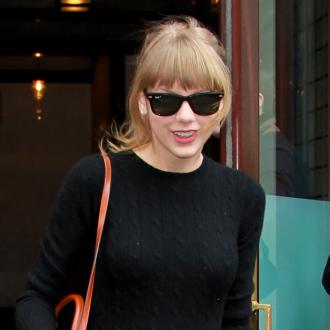 Taylor Swift is teaming up with Tim Mcgraw and Keith Urban at the Academy of Country Music (ACM) Awards.

The country trio originally recorded the song for Tim's 12th album, 'Two Lanes of Freedom', which was released in February, and last performed it live at the Grammy Awards.

Other all-star duets announced for the night include Stevie Wonder, who is to perform with Hunter Hayes, and co-hosts Blake Shelton and Luke Bryant who will team with Brad Paisley for 'Boys Round Here'.

Luke has a busy night ahead of him as he is also set to perform his new single 'Crash My Party', as well as being up for four different trophies, including Entertainer of the Year.

He recently said: ''It's all a dream. All I ever wanted to be is a big old country star, and I cannot believe it's happened. It's the time of my life, and I'm loving every day.''

Miranda Lambert is also up for five awards at the event, but is most pleased with her Entertainer of the Year nomination, even if she doesn't win.

She said: ''It's really important to be nominated for Entertainer of the Year and it doesn't happen that often for women and so I'm really proud to be in it as a woman entertainer--but not only that, I don't think I'm ready to win.

''I don't think it's my year yet, but I'm just so thrilled to have my name in there because the more you have your name in there, the more chance you have to get there and get that trophy one day.''

The ACM Awards take place at the MGM Grand Garden Arena on Sunday and are broadcast live on US network CBS.