Taylor Swift will join Idris Elba and Jonathan Ive as hosts for the 2016 Met Gala. 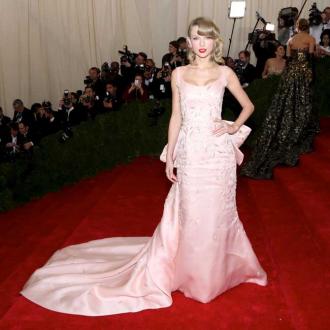 The 'Bad Blood' hitmaker will take control of next year's Costume Institute Gala to be held next May at New York's Metropolitan Museum of Art and the theme for the event will be 'Manux X Machina: Fashion in an Age of Technology', according to Vogue.

Taylor, 25, will be joined by actor Idris Elba, and British designer and Chief Design Officer of Apple Inc Jonathan Ive as hosts of the event which will be sponsored by Apple.

Curator of the Costume Institute Andrew Bolton explained that focus for the show will be on the ''blurred'' lines between handmade haute couture and machine made fashion.

He told Vogue: ''Traditionally, the distinction between the haute couture and prêt-à-porter was based on the handmade and the machine-made. But recently this distinction has become increasingly blurred as both disciplines have embraced the practices and techniques of the other.''

Taylor - whose '1989 World Tour' comes to an end in December - attended the 2015 gala with Selena Gomez and the pop beauty walked the red carpet in a pink, figure-hugging dress with her luscious curled locks resting on her shoulders.

The 2016 Met Gala will take place on May 2 and editor-in-chief of American Vogue Anna Wintour and Chanel creative director Karl Lagerfeld will be serve as honorary chairs.