Taylor Swift is letting fans watch her rehearse to raise money for victims of the recent tornadoes that have devastated the Southeastern US. 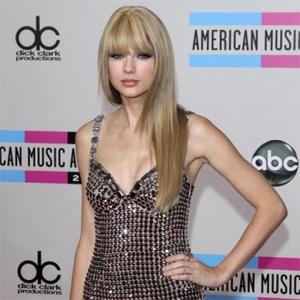 Taylor Swift is letting fans watch her rehearse to raise money for US tornado victims.

The 'Romeo And Juliet' singer is selling tickets to the impromptu 'Speak Now...Help Now!' benefit on May 21 which will allow 13,000 fans to get a sneak preview of her forthcoming US tour before it kicks off.

She said in a statement: "I was watching the coverage of the tornadoes backstage at rehearsals, and I wanted to do something for the families affected by the damage.

"I've never opened a rehearsal to the public before, but I felt that inviting my fans to the last rehearsal for the Speak Now Tour would be a great way to raise money."

Taylor has pledged all proceeds from the event - held at the Bridgestone Arena in Nashville, Tennessee - will be donated to relief funds for victims of a spate of tornadoes which have recently devastated parts of the Southeast US.

The 'Better Than Revenge' singer has done extensive work to help disaster relief efforts around the world, including supporting earthquake relief in Japan and New Zealand and flood relief in Australia within the last six months.

The North American leg of Taylor's Speak Now World Tour kicks off May 27 in Nebraska.