Rocker Ted Nugent Has Risked Angering Animal Rights Campaigners By Branding The Circumstances Surrounding The Shooting Of Cecil The Lion In Zimbabwe "A Lie". 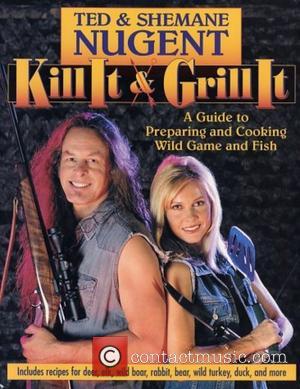 Dentist Walter Palmer sparked outrage this week (beg27Jul15) when it emerged he had shot and killed the popular beast during a $50,000 (£31,250) hunting trip at the Hwange National Park.

It is alleged the big cat had been lured out of a protected zone in the region, but Nugent is adamant the hunt was a legitimate form of animal population control.

In a post on Facebook.com, he writes, "The whole story is a lie. It was a wild lion from a 'park' where hunting is legal & essential beyond the park borders. All animals reproduce every year & would run out of room/food to live w/o (without) hunting. I will write a full piece on this joke asap. God are people stupid."

When other users of the social networking site disagreed with his stance on the controversy, Nugent angered them further by branding them "ignorant".

The controversial rocker was fined $10,000 (£6,250) in 2012 and banned from hunting in Alaska after pleading guilty to transporting an illegally killed black bear.

Nugent: 'I Warned Hendrix To Give Up Drugs'

Nugent: 'Obama Should Be Jailed'