A Week In Music – Rihanna Disappoints, Cee-Lo Green And The Muppets Get Us In The Festive Spirit, The Rolling Stones And Paul McCartney

Albums of Note... Rihanna’s seventh studio album, Unapologetic has been met with a mixed response and our reviewer reckons the Barbadian pop star phoned this one in. As her career becomes more of a marketing cash cow than an artistic endeavour, so her albums impress less and less.

Of course, there is also the ‘elephant’ that seems to appear in every room Rihanna walks into… an elephant known as ‘Chris Brown.’ He makes an appearance on the album, duetting with RhiRhi on a track called ‘Nobody’s Business.’ “Fun: it's something that's lacking a lot in this album, Unapologetic rattling on machine-like but with very little given away to the spirit of enjoyment… She doesn't have to feel apologetic for anything, but what's more concerning is that Rihanna doesn't seem to feel anything anymore, something all too apparent on this turgid LP.”

Continue reading: A Week In Music – Rihanna Disappoints, Cee-Lo Green And The Muppets Get Us In The Festive Spirit, The Rolling Stones And Paul McCartney

By Lauren Mullineaux in Music Reviews on 12 December 2012 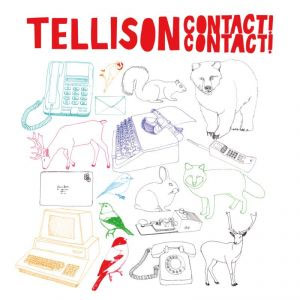 The Wages of Fear sees Tellison back almost four years after their debut album. This time around, Tellison seem focussed and as on top of their game as they have ever been, showcasing twelve great rock tunes. 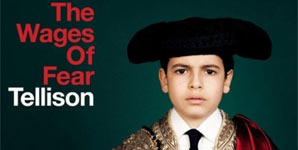