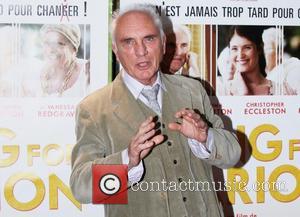 Veteran British actor Terence Stamp once stole clothes from a movie set so he could look smart for a date with screen siren Brigitte Bardot.

The Superman star has revealed he went out with the Hollywood beauty in the 1960s and he dressed himself in a pair of trousers he took from the costume department of his 1967 film Far from the Madding Crowd.

He tells Britain's Es magazine, "I had a blind date with Brigitte Bardot... I put on these trousers: I'd nicked them from Far From The Madding Crowd. They're not like normal strides but I felt comfortable in them. It's the first time I realised that if you feel good, you look good."

Stamp, 74, admits the date didn't go well because he struggled to communicate with the French star.

He adds, "She was probably the most desirable woman I had ever seen but I can't say it went well because we didn't have a language in common."