The stars of 'Real Housewives of New Jersey' have plead guilty to multiple fraud charges and now face prison sentences. 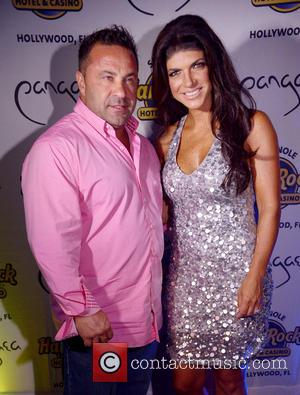 Teresa Giudice and her husband, Joe Guidice have pleaded guilty to multiple counts of fraud in a Newark Federal Court on Tuesday (March 4th).

The 'Real Housewives of New Jersey' stars care likely to find themselves serving time behind bars and, Joe is at risk of been deported.

The notorious couple originally pleaded not guilty to the multiple charges when they faced a 39-count indictment this past July (2013).

The couple were accused of conspiring to fraudulently obtain millions of dollars in mortgages, bank fraud, making false statements on loan applications and bankruptcy fraud, among others.

Mr Giudice was also charged for not paying taxes from 2004 to 2008, in this time he earned just shy of $1million.

"Today, I took responsibility for a series of mistakes I made several years ago," Teresa said in a statement, read by their lawyer, Henry Klingeman.

"I have said throughout that I respect the legal process and thus I intend to address the court directly at sentencing. I will describe the choices I made, continue to take responsibility for my decisions, and express my remorse to Judge Salas and the public," she continued.

"I am heartbroken that this is affecting my family-especially my four young daughters, who mean more to me than anything in the world." she added. "Beyond this, I do not intend to speak specifically about the case outside of court, at the recommendation of my attorney and out of deference to the government and our legal system."

The pair, who are parents to four daughters and reside in a huge home in north Jersey, will be sentenced on July 8th.

Altogether the reality TV stars were charged in a 41-count indictment, and Joe faces between 37 and 46 months in prison, whereas Teresa could be handed 21 to 27 months.