Gilliam Stunned By Lack Of Interest In Depp/williams Film 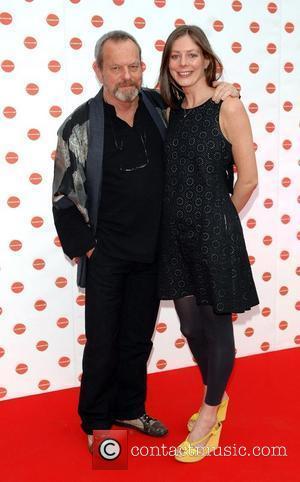 The former Monty Python member was thrilled when international money men offered him $45 million (GBP25 million) to make the film GOOD OMENS with Depp as a demon and Williams as an angel.

But he was shocked to discover that Americans didn't have the same sort of faith in the project, and they failed to raise the extra cash he needed to start work on the project - an adaptation of fantasy writers Terry Pratchett and Neil Gaiman's book.

Gilliam tells US magazine Entertainment Weekly, "I couldn't get 15 with Johnny and Robin... These two guys, who would have been brilliant were not worth $15 million in America.

Gilliam's last project with Depp, the ill-fated QUIXOTE, became one of the biggest movie-making disasters in history when illness and storm-wrecked sets prompted financiers of the film to pull the plug as costs soared. The film, which was never completed, was turned into hit disaster documentary Lost in La Mancha.

Gilliam hopes to complete his DON QUIXOTE epic with Depp next year (06).