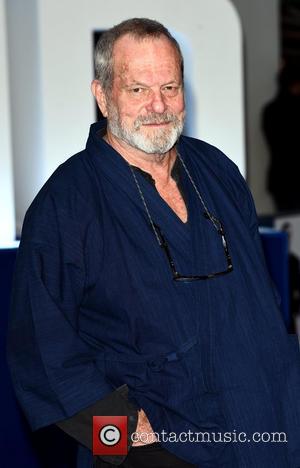 The Monty Python star has been trying to get The Man Who Killed Don Quixote, his film adaptation of the Cervantes novel, off the ground for more than 20 years, but production has stalled numerous times due to a series of disasters, including a shoot with Johnny Depp in 2000 which was marred by flooding and financial problems.

The film looked set to finally be made after Hurt signed up to lead the cast last year (14), but the British actor announced in June (15) that he had been diagnosed with pancreatic cancer, and the movie's insurers have now ordered the shoot to be postponed until the outcome of his treatment is known.

Hurt confirmed the news to Britain's The Times newspaper, adding, "Terry seems very optimistic that we will start filming soon. Optimism is a good thing."

The actor also made reference to a recent blunder by entertainment publication Variety in which Gilliam's obituary was accidentally uploaded to the publication's website, adding, "I don't plan on following Terry and dying anytime soon."

Gilliam laughed off the Variety gaff, joking, "I apologise for being dead especially to those who have already bought tickets to the upcoming talks, but, Variety has announced my demise."