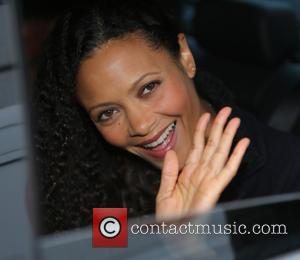 Hollywood actress Thandie Newton has been crowned the Sexiest Vegan of 2014 by bosses at the U.K. branch of People for the Ethical Treatment of Animals (Peta).

The Crash star was awarded the prize in recognition of her efforts in promoting plant-based eating and compassion for animals.

She says of the honour, "I don't want any kind of suffering of any living form... Animals are being pumped full of growth hormones which are then getting fed to our kids. And it's affecting the water, environment."

British boxer David Haye, who went vegan at the start of 2014 after watching a farming documentary, was also honoured.

They will each receive a box of vegan chocolates and a framed certificate.