The 41 year-old actress shared the first glimpse of her newly born son's face in an adorable photograph. 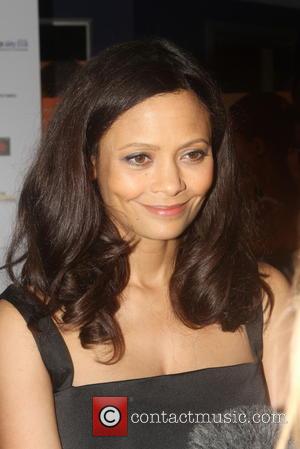 Thandie Newton is definitely a mother to a little cute baby!

The 41 year-old actress took to Twitter on Tuesday (April 15th) and shared an adorable photograph of herself hugging her six-week-old son Booker Jombe Parker.

This is the first time Newton has introduced her first son with the public since she gave birth him at the beginning of last month (March 3rd), with husband Ol Parker.

Once the pair, who have been married since 1998, welcomed Booker into the world, the 'Mission Impossible II' actress shared the good news with her 11,000 followers.

"Our baby boy is finally here!" she tweeted around the time of the birth. "Booker Jombe Parker. Born joyously at home yesterday."

The only other photo the public have seen of little Booker was only his tiny hand resting on Newton's chest just four days after he was born, which she also posted on the social media site.

Baby Booker is also the little brother to the happy couples other children, their daughters, Ripley (born in 2000) and Nico (born in 2004).

Nearly a month after giving birth, Newton has stated that she will be leaving acting for a lengthy period of time to concentrate on motherhood.

"I'm on time off now," she said at the beginning of the month. "I will be until something comes along that's really arresting."