Thao And The Get Down Stay Down Austin City Limits

Thao has a bad future ahead - catch her at the festivals this year. 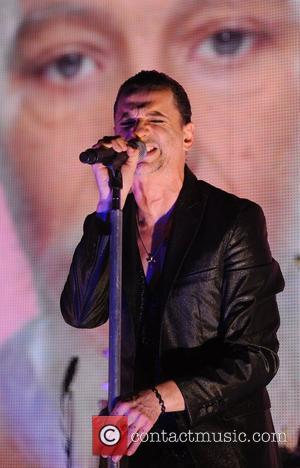 The summer is beginining to edge away, and with Bonnaroo, Pitchfork and SXSW long-gone, music fans would be forgiven for packing up their tents and looking ahead for 2014.

But fear not, there's still plenty of festivals left for 2013, featuring some of the biggest and most diverse line-ups of the year. Austin City Limits probably represents the biggest of the lot, and although the line-up is one of the most high profile of the year - with Kendrick Lamar, Depeche Mode and Kings of Leon - there's also some up-and-coming acts and undiscovered gems ready to impress. They include Fidlar, Savages and Thao & The Get Down Stay Down.

Thao & The Get Down Stay Down is the stage moniker of Thao Nguyen, the singer-songwriter from Falls Church, VA, who first picked up a guitar at the age of 12 and is now considered to be one of the most exciting up-and-coming acts in the United States.

In fact, she's already worked with Andrew Bird, Mirah and Laura Viers and after settling in San Francisco last year, she collected together her work and stepped into the studio with producer John Congleton, best known for honing the sounds of The Walkmen, Explosions in the Sky and St Vincent.

The result is We The Common, Thao's debut album featuring the raw and reckless Holy Roller.

"It's a sort of half excitement half dread because I've done it a lot," she told us of heading out on a major tour which takes in some of America's biggest festivals, "I think that I've matured in the sense that I know what my job is and I know how lucky I am to have it so I'll do what I need to do to keep it." As well as supporting The Head and The Heart and The Lumineers in Europe, Thao will be looking to impress U.S. festivalgoers, starting out at Bumbershoot, Seattle's Music & Arts Festival that attracts a crowd of over 100,000 people ever Labor Day weekend.

Thao will be sharing the stage with acts including Alt-J, MGMT, Death Cab For Cutie, Heart, Fun and Kendrick Lamar.

After Bumbershoot comes the Life is Good Festival, a unique one-of-a-kind fundraiser held at Prowse Farm in Canton, MA, each year. Thao plays the Positive Purpose Stage on Saturday 21 September, while Hall & Oates and The Roots enrtertain the crowds later in the evening. On Sunday, Jack Johnson - who filled in for Mumford & Sons at Bonnaroo - closes the festival for another year.

Watch our Interview with Thao: Two weeks later comes the big one. Austin City Limits. The three-day annual music festival that attracts 225,000 music fans to Zilker Park each year. Featuring rock, indie, country, folk and electronic music over eight stage, there's something for everyone and Thao should draw enthusiastic crowds on Friday October 4, 2013 and again a week later on October 11.

Before heading off with The Heart and the Heart for shows in Chicago, Minneapolis, Toronto, Washington, New York and Philadelphia, Thao plays arguably America's most original festival, Way Over Yonder, on the Santa Monica Pier.

Organized in conjunction with the Newport Folk Festival, fans can enjoy views over the picturesque Santa Monica Bay as acts play acoustically on one of two stages. Thao joins Bright Eyes' Conor Oberst and the superb First Aid Kit on Sunday's bill (October 6, 2013).

Thao's new album, which she says was inspired by her favourite hip-hop records, is available now on Ribbon Music. Catch at one of the festivals this year. Don't say we didn't warn you.