Review of In Motion #1 Album by The Cinematic Orchestra

It's been said before here at Contact Towers, but God bless the recent commercial failure of the music industry model as we know it. Now, a few tousle haired former suits may well disagree with us as they sip their Martinis and slur terms of abuse about the shyster lawyers who were Robbie Williams' people, but everyone else should be of good cheer. We say ding dong; it's awesome that the capitalist witch of the entertainment biz is dead and now contemplating a small holding in the Cotswolds. Trust us, you ain't gonna miss 'em. 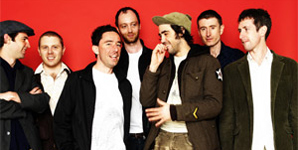 The artistic side to the equation is that there now seems to be much more music made by artists who want to make it, rather than under duress in order to pile up lots of money (for the aforementioned suits). Consider James Blake in this context for instance, or whether the likes of Mastodon leave the studio each night thinking, 'Shit, I hope those dudes at the record company will really love what we made today'. Answers in an email. The recent short circuiting of greed and the subsequent repositioning of music in our cultural intermezzo means that pieces of work like Motion #1 get made in the first place, which is unquestionably a GOOD THING for the world in which we live.

Not to slow down proceedings with too much history, but The Cinematic Orchestra is, in effect, Jason Swinscoe and assorted friends, by turns a stylistic moving feast, possibly best known for providing an hour plus long soundtrack to Dziga Vertov's 1929 reportage film Man With A Movie Camera in 2001. The work - a commission from the Portugese city of Porto to celebrate their inauguration as European Capital of culture - proved to be a cathartic experience and the raison d'etre for In Motion #1, it seems is to recapture that aesthetic. To this end towards the end of last year, the ensemble performed live at The Roundhouse two extended pieces that were effectively re-imagined soundtracks to Entr'Acte - Rene Clair's 1924 work first accompanied by music from the remarkable Erik Satie - and Charles Sheeler and Paul Strand's Manhatta, made three years earlier.

Encouraged by the response, the concept is now delivered in a more fully rounded project, with guests Austin Peralata, Dorian Concept & Tom Chant and Grey Reverend each contributing further, thematically focussing on repeating the exercise for other "Lost" films. Phew. If all of this sounds deliberately exclusionary, that's certainly not the intention. It's for sure that lovers of the conventional may be better off seeking redemption elsewhere but, equally, the only qualifying criteria here for any listener is an imagination and having seen a film at least once.

Based on that, critical analysis of each piece seems to be an exercise in futility. The idea is that the music both complements its setting, but allows the subject to consume it independently, floating in and out of their conscious thoughts just as would be case if it was combined with the imagery. In places, it's stark and melancholy, in others uplifting and almost celebratory. As a benchmark of sorts, In Motion's creative success can be measured by the absence of any sense of slipping into the background; its twists and mood changes always compelling. So again rejoice. Were it not for the total collapse of an industry based around continually re-issuing Feeder albums, works like this would never be released. That is unless, of course, you really liked Seven Days In The Sun.

The Cinematic Orchestra - In Motion #1 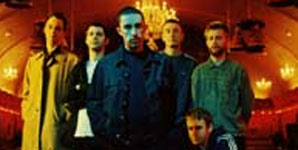 Cinematic Orchestra - To Build A Home