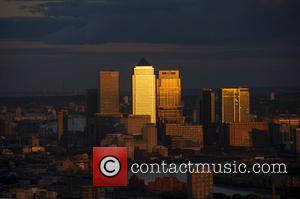 SEX & The City star Chris Noth lost his faith in CNN's news reports when an incorrect item about an injury he'd sustained on a film set ran on the cable channel's ticker six months after it happened.
The actor admits he was stunned when an item reading 'Chris Noth hurt on set' flashed up on the screen as he was sitting in a bar earlier this year (10).
He tried to figure out how the story came about and could only attribute it to a slap from his TV wife Julianna Margulies months before while filming a fight scene in The Good Wife.
He tells Cigar Aficionado magazine, "I couldn't believe they ran it because it wasn't true... She (Margulies) gave me good slaps. I think we did three takes and it left a little bit of a mark.
"And six months later I see it on the CNN ticker... How reliable is the news today if that's the news?"
For the record, Noth, who is the son of a journalist, was not injured while making the Sex & The City sequel.

Corbett Picked Girlfriend Derek From A List Of Leading Ladies