Review of Ignore The Ignorant Album by The Cribs

Review of The Cribs' album Ignore The Ignorant released through Wichita. 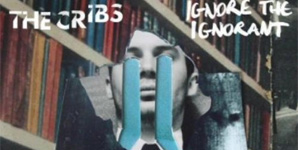 The Cribs' rise to fame was a quick one. Their 2007 album, Man's Needs, Women's Needs, Whatever, was a significant breakthrough for Britain's answer to The Stills. The addition of the former guitarist from The Smiths, Johnny Marr, to their ranks, has added a layer of musical depth to the sound, as well as a great deal of maturity.

They still retain that Interpol-darkness, with lots of The Church in there, too. There is a real sense that these songs have been road-tested on stages from Reading Festival and around the USA. The Jarman brothers, plus Marr, have improved a great deal from their last album, produced by Alex Kapranos. When Marr joined the band, he commented that they had "the brains of The Buzzcocks, the guts of Nirvana and the fizz of The Ramones". The Cribs now manage to build even on this.

Whilst maturity is not always a desirable characteristic in indie music, Ignore the Ignorant uses it to simply upgrade the quality of the music, without downgrading the passion or the energy.

Last Year's Snow is one of 2009's best single tracks so far: a genuinely great song. The Cribs are four albums into their career and are fast becoming a band for these isles to be proud of.