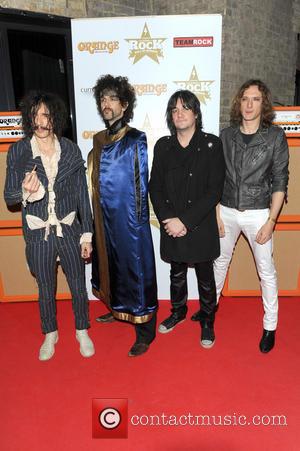 LATEST: Former The Darkness frontman Justin Hawkins has called the British public "either racist or stupid" for failing to choose him as the UK entry for this year's (07) Eurovision Song Contest. The singer claims televised contest MAKING YOUR MIND UP was "a stitch-up", and stormed off stage during filming on Saturday (17MAR07). Hawkins lost out to British pop group Scooch, whose song FLYING THE FLAG (FOR YOU) was chosen as the UK entry by viewers of the BBC show. The star writes on his MySpace page: "The United Kingdom must be either racist or stupid not to have voted for Big Brovaz or (fellow contestant) BEVERLEI BROWN - she looked and sounded fantastic. "It's like when multi-award winning, multi-million selling Lemar lost to DAVID 'three stars at Burger King' SNEDDON in (British talent show) Fame Academy all those years ago. Nothing ever changes. "The whole thing whiffed of a stitch-up, particularly when you consider that our supporters had their banners confiscated by security, whilst Scooch fans were filmed proudly waving theirs. "When Big Brovaz were eliminated, my heart sank and I thought, 'The dream is over.' I was right."