British Rockers The Darkness Are Heading To Australia For A Tour, Two Years After They Axed A Series Of Gigs Down Under Because Of Drummer Ed Graham's Hip Problems. 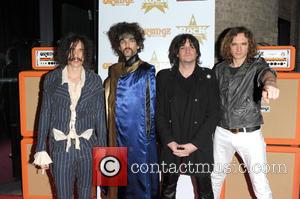 The I Believe in a Thing Called Love hitmakers cancelled concerts in Australia and New Zealand in 2013 when Graham suffered recurring issues following surgery.

He has since left the band to be replaced by Rufus Tiger Taylor, and they have now booked four shows in Australia, at venues in Sydney, Melbourne, Brisbane, and Fremantle, in November (15).

Announcing the concerts, the band writes, "Australia we're coming for you! The 'Blast of our Kind' world wide tour rockets into the southern hemisphere and lands on the shores of Australia on November 4th in Adelaide."