Taylor Hanson To Be A Dad Again

Taylor Hanson and his wife Natalie have announced they are expecting their fifth child together. 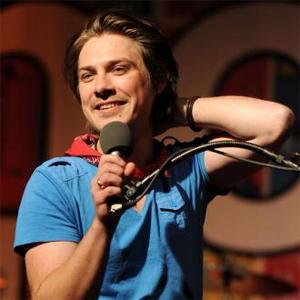 Taylor Hanson is to become a father for a fifth time.

The 29-year-old Hanson star and his wife Natalie, 28, are expecting another child together and are thrilled about the news.

The baby is due in late 2012 and the couple's other kids, Ezra, nine, Penelope, seven, River, five, and Viggo, three, can't wait to meet their new sibling.

Taylor told People magazine: ''Natalie and I are so anxious to meet our fifth mini-Hanson. As are the four siblings at home who are counting The Days to the arrival.''

Taylor's brothers and bandmates Isaac, 31, and Zac, 26, each have two children with their wives.

The 'MMMBop' hitmaker previously admitted he and Natalie wanted a big family, because once you have three children ''you're outnumbered'' anyway.

Taylor said: ''After two kids, you're outnumbered. So once you cross having three, having [more] is not such a big deal.''

Taylor Hanson To Be A Dad Again