The R&B songwriter was charged with four counts of assault stemming from an incident that occurred in April 2012 with his ex-girlfriend. 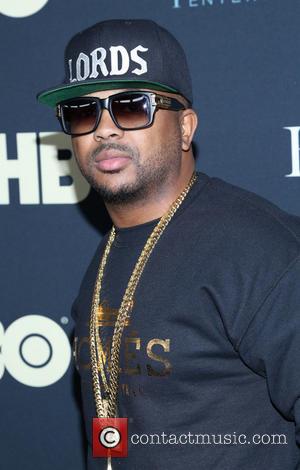 The-Dream, who was wanted by police for assaulting ex-girlfriend Lydia Nam, turned himself in, in New York on Wednesday (May 7th), the New York Post reports.

The R&B songwriter, who is credited for penning Beyoncé's 'Single Ladies' and Rihanna's 'Umbrella,' was charged with assault after he allegedly beat up his 8-months-pregnant ex.

The NYPD booked the producer, real name Terius Nash, with four charges of assault, strangulation, act in a manner injurious to a child under 17 and reckless endangerment, police said to E!News.

But Nash is adamant that he is innocent.

"Dream voluntarily surrendered to the Midtown North Precinct this morning in order to responsibly address the false allegations filed against him by Lydia Nam," his lawyer, Benjamin Brafman told the NY Post.

"He is innocent of the charges filed against him today, and we are confident that when this case is concluded and all the evidence has been reviewed," he added. "It will be clear that he is innocent."

According to TMZ, sources close to Nash believe his ex-girlfriend is accusing him of this crime as a way of extending her visa in the U.S, as she was born in Canada.

The alleged beating took place over two years ago in April 2012 at the Plaza Hotel in New York City.

Nam only reported the assault a year and a half later, and she told the police in her local state of California that Dream punched and kicked her stomach while she was pregnant, after strangling her with a necklace she was wearing.

Nash surrounded to the NYPD at 8.30 a.m. at the Midtown North precinct station house.

MORE: The-dream Calls On R&B Superstars To Focus On Love

The musical artist was previously married to actress/singer Christina Milian, but they divorced in 2011. The-Dream with his daughter