The Duke Spirit - Love Is an Unfamiliar Name - Video Streams

The Duke Spirit - Love Is an Unfamiliar Name - Video Streams

Love Is An Unfamiliar Name is the phenomenal new single from The Duke Spirit, released on Loog on May 2nd. The product of sessions in the studio with producing legend Flood (U2, Depeche Mode, Smashing Pumpkins), this brand new track offers a tantalising taste of one of 2005’s most eagerly awaited albums.

Click here to watch the video to 'Love Is an Unfamiliar Name' - the new single taken from the debut album from The Duke Spirit - 'Cuts Across The Land'.

Following the extremely healthy top-25 placing for previous single Lion Rip in February, Love Is An Unfamiliar Name will further ingrain into the public consciousness the talents of this London 5-piece, a thumping statement of intent ahead of the release of the debut album Cuts Across The Land on May 16 th.

February and March have seen The Duke Spirit embark on a headline UK tour before offering able support to Mercury Rev. Next up is the USA’s SXSW festival, where the album’s been picked up for release by Interscope Records. The next chance to catch The Duke Spirit live will be supporting Kasabian on their UK tour in April, with a full set of headline dates for May to be announced soon.

The Duke Spirit will be supporting Kasabian on the following dates:

LOVE IS AN UNFAMILIAR NAME, the new single, released MAY 2 nd 2005 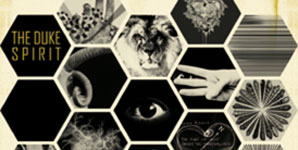 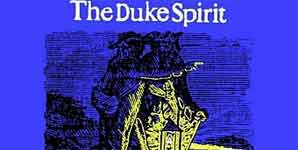 The Duke Spirit - Cuts Across the Land

The Duke Spirit - Cuts Across The Land

The Duke Spirit - The Lion Rip

The Duke Spirit - The Dark is Light Enough