The Dunwells - Lucky Ones

The Dunwells are set to release their new EP, 'The Lucky Ones', on 25th May 2015. Ahead of this, the band have released their official music for EP's title-track, which has gone on to become their fan's favourite song to hear live.

The music video follows the story of a young swimming enthusiast, who is desperate to improve his ability and become the best of the best. His father does not approve, however, and finds the boy's insistence on swimming, bathing, showering and shaving his legs to be strange. When he bans his son from training, and forces him to study instead, the boy escapes and makes a break for the local swimming pool to practice anyway. The father enters the room after he has left, and finally takes time to look at all the medals his son has won, and finally realises how much it means to him.

The band consists of two brothers, Joseph and David Dunwell, and their two friends James Flannigan, and Manny Marroquin, who all came together at school through their love of music. Following their upcoming EP, the band are set to release an album in September 2015.

Continue: The Dunwells - Lucky Ones 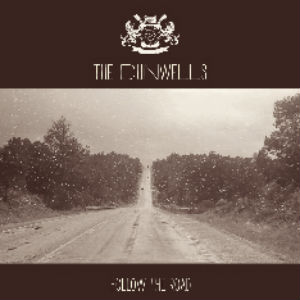 Formed in 2009, Leeds outfit The Dunwells derived their collective moniker from sibling members David and Joseph Dunwell.  This is their second record having released their debut last year and the quintet is currently touring the UK before heading to North America for another run of shows. 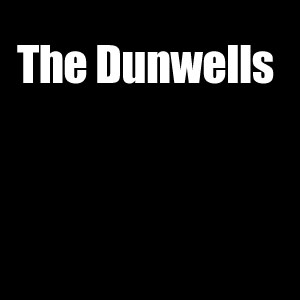 Whilst the mainstream popularity of guitar music may have declined in recent years, one sub-genre which continues to go from strength-to-strength is folk-influenced rock.  This album's release is well-timed as it dissects the space between Kings Of Leon and Mumford & Sons, incorporating some great harmonies into rock anthems and subtler moments.  'Hand That Feeds' is a stirring number with a touch of funk to it, while 'So Beautiful' sublimely moves from an almost nervous vocal delivery into a warming declaration of love in a festival chorus.

Taking an acoustic approach also sees The Dunwells hit the mark more often than not.  A beautiful melody is the foundation for 'Goodnight My City' to make you contentedly swoon and 'Blind Sighted Faith' is a very enjoyable listen that it is easy to get lost in.  Not every track is a resounding success; indeed 'Oh Lord' and 'Only Me' wouldn't be missed, whilst 'I Could Be A King' is a by-numbers album filler.  This shouldn't discourage though, as there is enough here that is certainly deserving of attention and marks the band as being worth keeping an ear out for. The Dunwells - Lucky Ones Video

The Dunwells - So Beautiful Video