The Edge U2 Bono

The guitarist fell off the stage in Vancouver during the band's encore earlier this month - they talked about the incident in a new interview with CBS News.

U2 feared that their current world tour might have been over on the first night after The Edge fell off the stage during an encore. In a group interview with CBS News, the four members talked about the moment during the Innocence + Experience tour’s opening night at Rogers Arena, Vancouver on May 14th.

“Sick in the pit of my stomach,” said Adam Clayton about how he felt at the time. “It was a weird moment, 'cause I knew what was down there.” Larry Mullen Jr. quipped “start and end all in the same evening,” in addition. The Edge fell off the stage in Vancouver a fortnight ago

The Edge was performing ‘I Still Haven’t Found What I’m Looking For’ and walking along a ramp from the stage into the audience when he accidentally stepped off the side and into a pit separating the platform from the crowd. Fortunately, while he suffered some bumps and bruises, he didn’t sustain any serious injuries.

More: The Edge was on the edge… until he went over the edge [video]

Thinking back on the incident, The Edge (real name David Evans) said “it was a moment of reverie where I just completely lost track of where I was on the stage… it was a weird moment. It would have been the shortest tour in history””

They even thought the tour might have been cursed – it had already been postponed once, after lead singer Bono had crashed a pushbike in New York’s Central Park in November, fracturing his cheekbone, shoulder and hand leaving him requiring significant surgery.

He still isn’t able to play the guitar properly as a result, having not regained the ability to close his fourth and fifth fingers of his left hand, and has revealed “they don’t know” [i.e. his doctors] if he will ever do so again.

“Edge says that I look at my body like it's an inconvenience, and that I need to be more mindful,” Bono said. “And you know, I've been disagreeing with Edge all my life on musical matters, but I'm starting to pay much more attention to him on philosophical ones!”

More: U2 try a little busking at surprise gig on subway in New York

The Edge Wins Approval For Major Property Development In Malibu

The Edge Bounces Back After U2 Stage Fall 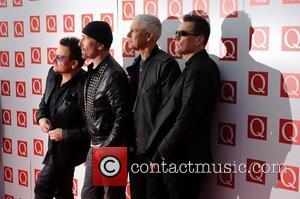 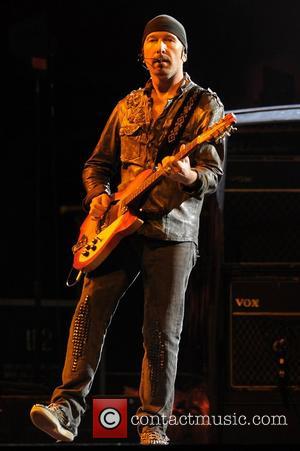 The Reason 4 Have 'The Edge' On Other Pop Acts 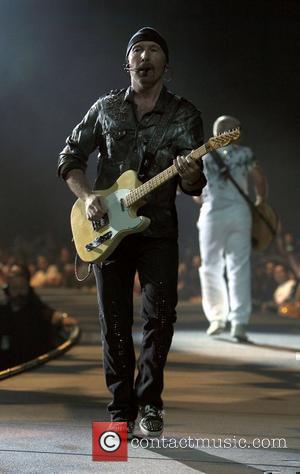