Bruce Campbell, who starred in the film and produced it 25 years ago, shot a super-eight preview with director Sam Raimi and took it to dentists' dinner parties in a bid to persuade them to invest.

He recalls, "Dentists are great. Get money from dentists. They're loaded with dough.

"They'd have a dinner party with four dentists and their wives and we'd show them this completely gross-out (film) and they would invest.

"One guy gave us money because he didn't go to Vegas that year. He says, 'I usually take two grand and blow it in Vegas. Well, here's my Vegas money.' He's since made 17 times his money."

The film's assistant editor, Joel Coen, was so impressed with Campbell and Raimi's pilot film premise he and his brother ETHAN similarly shot a five minute preview of their 1984 debut BLOOD SIMPLE for potential investors. 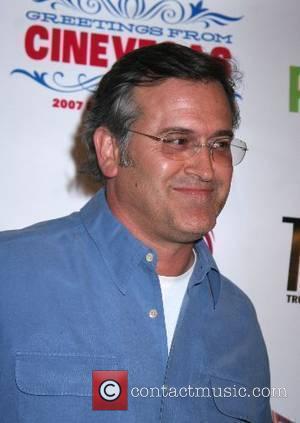