By Andrew Lockwood in Music Reviews on 15 September 2011 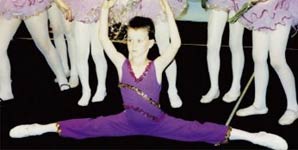 The trouble with irony is that it can either be used as an excuse when you've made a complete arse of yourself, as in "Oh yeah I wasn't being serious, I don't really believe in...etc" or the original purpose misses its mark because it requires explanation for the dim amongst us. When the Felice Brothers named their newest album Celebration, Florida (After the Disney town of the same name) I'm not sure that they intended any sense of irony or excuse, it probably just seemed to work on some level to the band. After hearing the album however it does seem somewhat of an odd choice. When you picture the equivalent of either or both words little of what is born out as a musical manifestation comes close to justify their reasoning. (Unless you want to include the slow creep towards death that many Americans choose to live out in the Sunshine State).

After losing one brother along the way to a couple of old time hustlers, The Duke & The King, the remainder of the band have chosen to unburden themselves of much of what they have become appreciated for and taken a path less well trodden. You don't tend to hear a lot of Jazz or synth notes in traditional Americana. And whilst The Duke & The King have profited from exploiting all that they can from a soulfully blended Alt-Country sound The Felice Brother seem determined in some way to go out of their way to distance themselves from their roots. Experimentation must never be discouraged but there is a reason why many portrait artists don't do landscapes. The reason being, with the odd exception, is that they don't do them well.

The 4th album from the upstate New York band starts at its pinnacle and gradually descends from there. 'Fire At The Pageant' is a triumph of amalgamation in both musical and lyrical themes. It's Twin Peaks meets Scooby Doo played out through references encompassing Pink Floyd, The Do and The Decemberists. The reverse passages and children's backing vocals make for a great accompaniment to the twisted tale.

From the second track, 'Container Ship', through to the final number 'River Jordan' there is little to enthuse about. Depressingly sombre tales punctuated by electro chords and fuzzy drum machines fail to engage the listener. A 3rd year drama student my find empathy when doing challenging improv.............'be a lion, be a tree, be a container ship but I was not nearly sympathetic enough to care when asked "What if the pirates come?" 'Honda Civic', recalling the '96 trip to buy said girl magnet from the downtown dealership does have its moments during the accordion lead horn and harmonica accessorised romp before the music descends again into the slow and painful with 'Oliver Stone''. There is an all too brief Visage like synth loop 2/3rds of the way through on the single 'Ponzi' but the Fade To Grey reference maybe a touch of irony too far. 'Back In The Dancehalls' delivers interesting rather than pleasant results from the fusion of electro, violin and horns before a return to the bands norm on 'Dallas', a slow Country ballad, and penultimately 'Best I Ever Had'.

Not before time, 'River Jordan', closes out the album. Aside from the closing quarter of the final song there has been a distinct lack of life and energy evident elsewhere. At times it is both dull and tedious in equal measure. If I had to some up the overall mood on Celebration; Florida it would be of a band that sound pissed off. This album is the musical equivalent of Will Hunting seeing Sean Maguires attempt at painting; when Matt Damon says to Robin Williams "I think you're about one step away from cutting your f-----' ear off." He may have lost his wife, the band may have lost their way as well as their sibling drummer, but life goes on, even if in the end you have to reluctantly conclude that you'd be better off sticking to what you know you're good at.

Review of The Felice Brothers self-titled album released through Loose. 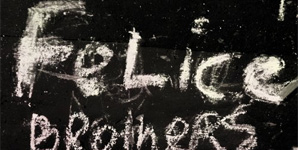