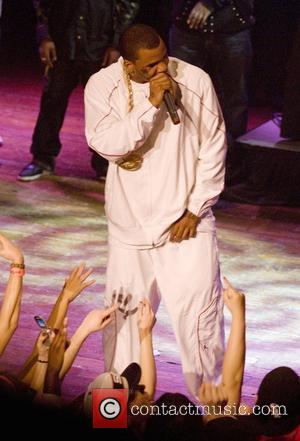 Rapper The Game has found himself at the centre of a lawsuit filed by record label executives seeking to delay the release of his new release THE R.E.D. ALBUM amid allegations of unpaid royalties.
Desperado Entertainment bosses claim they have deals in place with the Dreams star giving them rights to a portion of licensing and publishing income stemming from his record sales with Universal Music Group.
In legal papers filed in Los Angeles Superior Court this week (begs21Jun10), the label executives allege they have been cut out of the agreement and they haven't received any profits from the deal - even though The Game and his associates have been rewarded with royalty cheques for hundreds of thousands of dollars.
Desperado heads claim they have received no help from Universal reps in solving the complaint and they have accused company bosses of failing to account and pay proper royalties. Universal executives reportedly blamed the missing payments on "budget overages".
The plaintiffs are seeking an injunction to halt the August (10) release of The R.E.D. Album and are asking for unspecified damages, in addition to an immediate advance payment of $275,000 (£183,330) for the rapper's new project, according to The Hollywood Reporter.