The Game Gave In To Weapons Charge Over Legal Fees 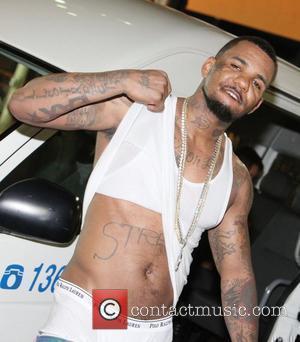 Rapper The Game gave up fighting prison time for a weapons charge relating to a 2007 assault allegation because he had already spent $1 million (£625,000) in legal fees.
The Dreams hitmaker, real name Jayceon Taylor, was arrested in February, 2007 for possessing a firearm in a school zone following an altercation on a Los Angeles basketball court.
The star pleaded no contest to the charge and was sentenced to 60 days behind bars, in addition to community service and a probation period.
In a candid interview for a VH1 Behind The Music special, which aired in the U.S. last week (22Mar12), The Game, who insists he was only acting in self-defence, reveals the punishment was a small price to pay compared to the massive fees he was handing over to lawyers to secure his freedom.
He said, "I'm from Compton and when somebody says they're gonna kill me, they're probably gonna kill me. I spent like a million in lawyer fees and I figured was like, 'F**k that, I'm not paying any more lawyers' fees. How much jail time they gonna give me? 60 days? Cool, I'll take the 60 days.' Going to jail is not cool but it was thinking time."
The Game ended up only serving eight days in prison.