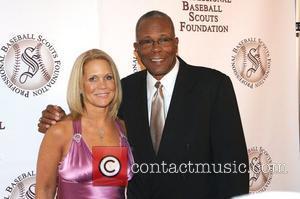 Picture: Rod Carew with his wife In The Spirit Of The Game 5th annual sports and entertainment event and the world's largest auction of...

Rapper The Game plans to spend his retirement with the mother of his baby son KING JUSTICE after reuniting with ex-girlfriend TIFFANY WEBB earlier this year (08).
The How We Do hitmaker, real name Jayceon Taylor, recently revealed his upcoming third album, L.A.X., will be his last - because he wants to spend more time as a family man.
And that's good news for Webb, who split up with The Game when she was pregnant.
The rapper then announced his engagement to actress Valeisha Butterfield, but that was short lived.
He says, "Me and Valeisha is in the past. I'm now with my youngest son's mom, and that's about it."
Webb gave birth to the couple's son in April, 2007.
The Game also has a five-year-old son, called Harlem.