More: Read our book review of 'The Rise Of The Super Furry Animals'

As you've probably gathered, it's an international music extravaganza with not only a bunch of talented UK locals, but too many impressive acts to name from the rest of Europe, Australia and the US. Transatlantic talent comes in the form of up and coming Virginia singer Natalie Prass with songs from her self-titled debut album, Arizona group Calexico and Father John Misty, who has recently unveiled his second Sub Pop album - 'I Love You, Honeybear'- under his newest moniker. Hot on the heels of her own debut album, Aussie singer Courtney Barnett will also be making an appearance, and some great European fun will arrive in the shape of Sweden's Goat and Iceland duo Vok. However, the British are determined to showcase their own art and festival goers will be treated to psychedlic enchantment from Temples, All We Are and Syd Arthur; uplifting folk from Watford trio The Staves; classic 90s rock from Leicestershire's The Wave Pictures; charming melodies from London singer-songwriter Emmy The Great; and, of course, electric beats from the one and only Jamie XX - who has only just released a new record entitled 'In Colour'.

More: Read our review of Courtney Barnett's album 'Sometimes I Sit And Think And Sometimes I Just Sit'

Yet to be announced are the literature line-up and Thursday's bill, along with a few more surprises. 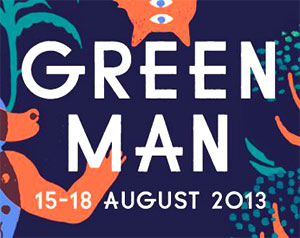