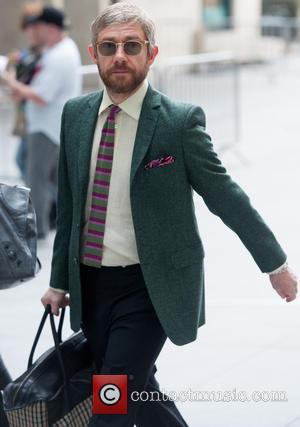 The Hobbit star Martin Freeman was furious with his wife Amanda Abbington when he found out she had run up tax debts of $198,400 (£124,000) and was on the verge of bankruptcy.

The Mr Selfridge castmember was declared bankrupt in March, 2013 after failing to settle the huge bill, and recently confirmed she has now resolved her money troubles.

Abbington has now revealed her actor husband was extremely angry when he learned the extent of their financial problems.

She tells Britain's Daily Mail newspaper, "He had a massive go at me about my tax bill and it was very upsetting. But now it's all gone to the Inland Revenue. We've been together for 14 years through thick and thin. I was declared bankrupt, but I came up fighting and I'm now discharged from bankruptcy. Of course, Martin wasn't happy and he told me off, but he was right. I am lousy with money."