The Libertines surprised fans with a secret gig at Glastonbury last night (26.06.15). 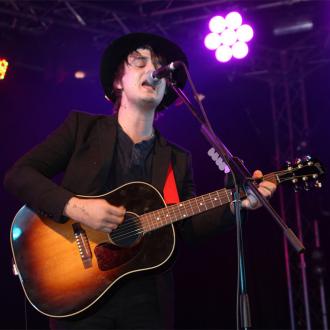 The Libertines performed a secret set at Glastonbury last night (26.06.15).

The London-based band took to The Pyramid Stage - which had simply read 'To Be Announced' to fill the gap left vacant when Florence + The Machine was pushed up to the headline slot to replace the injured Dave Grohl's Foo Fighters.

The gig had been kept a secret until 8.23pm, when a banner, featuring the cover of the band's 2002 debut album 'Up The Bracket' was hoisted above the video screen at the rear of the stage, and the band, led by Pete Doherty, arrived to a huge roar from the crowd, which included Metallica's Lars Ulrich and Florence Welch.

The group - completed by guitarist/singer Carl Barat, bassist John Hassall and drummer Gary Powell - began with 'Delaney' and 'Vertigo', after which Pete took a deep swig from a bottle of beer, and paid tribute to his late friend Alan Wass, who died of a heart attack in April, before playing 'Time For Heroes'.

The 36-year-old musician said: ''Evening Glastonbury, hello. Mr Alan Wass if you're up there looking down, I'm down here looking up.''

The set included The Libertines' hits, like 'What Katy Did' and 'Can't Stand Me Now' and the crowd went wild when Pete played the harmonica, according to the NME website.

The set ended with 'Don't Look Back Into The Sun', after which the band took their bows at the front of the stage, and left the Worthy Farm site by helicopter.