A Member Of The Libertines' Entourage Reportedly Lost His Job After Accidentally Revealing The Group Was The Secret Addition To The Bill At Britain's Glastonbury Festival On Friday (26jun15). 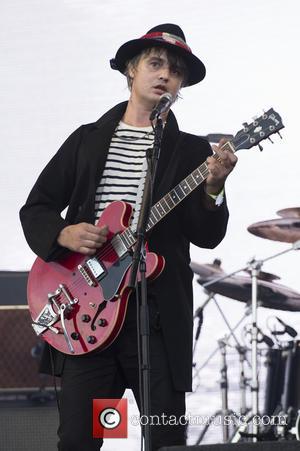 The Don't Look Back Into The Sun hitmakers, fronted by Pete Doherty and Carl Barat, took to the stage for a 'surprise' appearance at the music event after the line-up was reshuffled - and they were drafted in to replace Florence + the MAChine, who were bumped up to headliners following the Foo Fighters' cancellation.

Organisers went to great lengths to keep The Libertines' set a secret, but an online snap of a mixing desk covered in tape with the name of the artists on the bill, and the word 'Albion' - the concept of a mythical England which is a recurrent theme in Doherty's music and poetry - in the 'surprise' slot gave fans a major hint.

Hence, when The Libertines hit the stage for their sunset set, most fans at the festival were waiting for them.

A source tells Britain's Sunday Mirror newspaper, "He (the roadie) didn't put down 'The Libertines', but wrote 'Albion', a word that appears in many of their songs. Any fan would immediately think of them."