They are asked if celebrities ever collaborate with the comedy side of the music. 'I would say the majority of the time we have written all of the lyrics', says Andy. 'A lot of times we'll write out the whole singing parts that we'll ask other people to do and then they'll make it much better.' Being childhood friends for so long, they contemplate whether it has helped or hindered their recording. 'I think it makes the creative process and our business relationship work better and it makes it harder for us friend-wise because all we wanna do is hang out and play video games and drink', Jorma explains. On 'The Wack Album's comparison to their previous album, Jorma wastes no time in saying what he thinks of it. 'I'm gonna go out on a limb and say this is our best album', he says. Andy adds, 'I'm very proud of it, I've no idea if it's our best' before Akiva seals the argument by saying, 'It's probably our smartest album.' 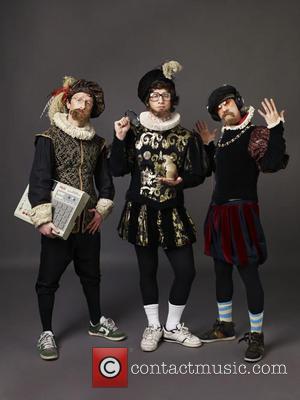