The Maccabees (Formed 2004) The Maccabees are a London based indie rock band, consisting of the members Orlando Weeks, Hugo White, Felix White, Rupert Jarvis, Sam Doyle, and Will White. They are better known for their singles, "Toothpaste Kisses" and "Pelican".

It was released through Promise Records, and the London radio station, xfm, played their release. It wasn't until 6 months later that the band received any significant exposure, due to their second single release, "Latchmere", released on Fierce Panda Records in April 2006.

Their music video was produced by Hugh Frost and Samuel Bebbington, and received a very positive response on YouTube. The band then signed to Fiction Records, releasing their debut album in May 2007, "Colour It In". The UK top 40 included their single "First Love", and following that was their single, "About Your Dress", which got to number 33. After the success of this album, the band toured the USA with Bloc Party.

In October 2007, the band went on a UK tour, which sold out at the Roundhouse venue in London. In May 2009, the bands album "Wall Of Arms" was released. It got to number 13 in the UK album charts. In 2010, the Maccabees debuted their single "child" in Brighton. In January 2012, the bands new album "Given To The Wild" was released. "Pelican" was the first single from the album, which received best contemporary song at the 58th Ivor Novello awards. The album was nominated for the 2012 Mercury Prize, and was later certified in gold in the UK.

The Maccabees will commemorate their split with a career-spanning box set to be released later this year.

The Maccabees are to release a career-spanning box set later this year.

The British indie outfit will drop their 'Complete Collection', which will consist of a vinyl box set including original recordings and some b-sides, after they called it a day earlier this year.

All four of The Maccabees' albums, 'Colour It In', 'Wall of Arms', 'Given to the Wild' and 'Marks to Prove It' will be included on vinyl on the limited edition package.

Kanye's entourage is so massive that a special viewing platform has been built to accommodate them.

With a matter of hours to go before he takes to the stage for his controversial Glastonbury headline show on Saturday night, it seems as if Kanye West is already making his presence felt. He’s bringing such a large entourage to the festival that other bands’ guestlists have had to be restricted.

British indie stars The Maccabees stated to BBC Radio 1’s Newsbeat that they “were told we only had one guest each this time,” according to the band’s guitarist Felix White. “I've not got that many other friends who want to come, but I'm just making a point!” Kanye and wife Kim Kardashian arriving at Glastonbury via helicopter

Continue reading: Kanye West's Glastonbury Guestlist So Big That Other Bands Have Had To Cut Theirs 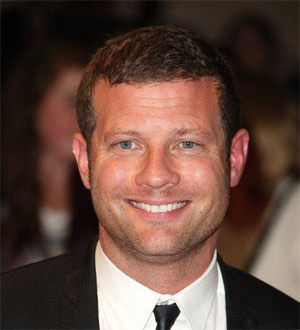 Pictures: The Black Keys European Tour Calls Into Lisbon With The Maccabees In Tow

By Contributor in Music / Festivals on 28 November 2012 An old-school type of success story, The Black Keys' rise to prominence has been solely down to hard work and a lot of gigging, the band putting over seven albums in their decade together and only really hitting the big time on their fifth, Attack & Release which went top 20 in the US in 2008. It's reassuring to see then that they're still doing things how they always did - namely by touring their butts off. Last night the blues rock band called in to Pavilhao Atlantico in Lisbon, Portugal as part of their European tour, and they had Brit indie rockers The Maccabees in tow with them. The Maccabees are no mean size themselves these days, giving you an idea of just how big The Black Keys have become.

Continue reading: Pictures: The Black Keys European Tour Calls Into Lisbon With The Maccabees In Tow

The Maccabees' new single, Feel to Follow, will be released on March 12th, 2012, through Fiction Records. It follows on from their previous single, Pelican, which was a huge success. Feel to Follow is the second single from their third studio album, Given to the Wild, which was released on January 9th, 2012. The Maccabees have announced they will be playing Alexandra Palace on June 8th, 2012.

The Maccabees, Given To The Wild Album Review

The Maccabees have grown up a hell of a lot since the simplistic, soppy days of the awkward, 'Toothpaste Kisses' and 'First Love.' Nowadays, it's not all about the 'hip' indie riffs and 'hipper' lovesick lyrics, the boys have matured and this record shows they're fulfilled. The Maccabees drawing book has finally been coloured in, with vibrancy and atmospheric images leaping proudly out of the pages. Their 2009 follow up, 'Wall Of Arms' just started to shade the pages softly, but for this they've found the Crayola felt tips, as well as their sound. 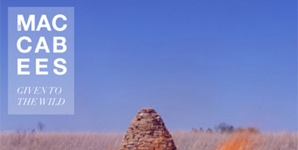 Continue reading: The Maccabees, Given To The Wild Album Review 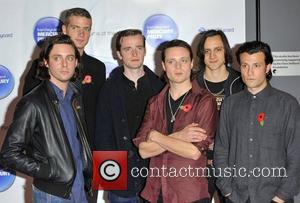